From Pacemeister to Sensei: The Evolution of Pascal 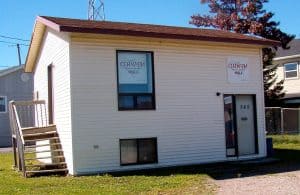 Pace, born and raised in Quebec City (Canada), started his radio career at age 18 on CIHW 100,3 FM (1998), a local community radio station located in an Amerindian village. Extreme Attitude would rock Friday nights with the best new metal songs of the time and some corky comedy. Talk about humble: the entire radio station fitted into a cabin and the broadcast antenna was attached to an outside wall. An old audio console with huge round buttons, CD players skipping songs while on-air and a quota of Amerindian songs to be played per hour: everything to get top ratings. Didn’t matter at that time anyways, as Pace’s suckiness matched the stations’ lavish architecture. Yep. That bad. 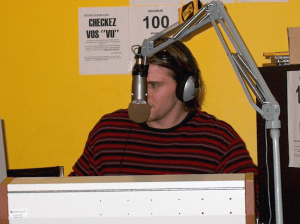 After graduating from the Quebec Radio and Television College (2001), Pace resumed his radio career on the newly launched CIMI 103,7 FM (Quebec City). Promoting a fresh, hardcore, new rock format, CIMI-FM was the vector of reinvention for Pace and the proper environment for the creation of his signature radio show: Pace’s Playground. Surrounded by his best friends (and bright yellow walls that would mess up any epileptic person), Pace offered the most entertaining radio show in the market on Friday nights. CIMI FM is the station that saw the birth of key characters of the show, the likes of the Scrotum Family, Doctor Poopoo, and Uncle Gravel.

The Pace’s Playground radio show was on its way to a Nobel Prize… or a Pulitzer. Whichever rewards fart jokes. 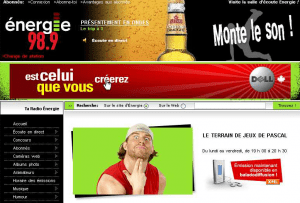 The allure of spandex tights becoming too attractive, Pace temporarily left the broadcasting industry to seek a career in professional wrestling (yep, pro-wrasslin’). While taking bumps at the Killer Kowalski Wrestling School in Boston, MA (RIP, Walter), Pace got the call from a major radio station in Quebec City: Radio Énergie (CHIK 98,9 FM). Thus, a brand new, one-man version of the Pace’s Playground radio show took back the airwaves in August of 2004 and became an instant hit. The weeknight program introduced listeners to new characters: Basil the Comedian Goat, P.A. Announcer and the Clumsy Handyman. The Pace’s Playground radio show was well on its way to become #1 in its time slot… but was unexpectedly pulled off the air. 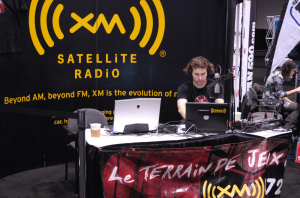 In hiatus, Pace revised his approach to radio broadcasting and realized he had more than absurd characters to offer the world. Consequently, the self-titled “Pacemeister” moved to the Greater Montréal area to further his knowledge of the human experience by attending Concordia University. Upon completion of his Bachelor’s degree, Pace embraced new technologies as the future of broadcasting and determined XM Satellite Radio was the right platform for a revamped concept of his signature radio show. Discussing politics, economics, MMA, rock music, video games, and society in general, the all-talk reboot of the Pace’s Playground radio show debuted on XM 172 in the summer of 2010. Relying on a synergic distribution strategy on new media, the show was available on MySpace, iTunes, Twitter, Facebook, SoundCloud, RSS feed, mobile devices and through its own website.

Pace became one of the pioneers of new media in Canada.

Motivated by his passion for martial arts, Pace became the first French-Canadian collaborator of the Ultimate Fighting Championship (UFC). Through many fight cards coverage and fighter interviews, the relationship between the two entities grew. The result: in 2011, Pace’s Playground on XM Satellite Radio was granted the honour of being the only French-Canadian media to broadcast live from the UFC’s marquee Fan Expo event in Toronto (UFC 129, 2011).

Following the merger between the Sirius and XM satellite radio companies, a plurality of channels were cut on both services. Unfortunately, the one which broadcast the Pace’s Playground show made the list.

Shifting towards a full-time career in martial arts, Pace opened a karate school in the Greater Montréal area, but… his undying passion for media got the best of him.

As 2015 came around, a brand new, 100% internet-based reincarnation of his Pace’s Playground show hit the podcast world. Short-lived, the podcast was shelved, as the reality of managing a martial arts school proved to be too much time consuming.

Out with the Pacemeister. In with Pascal, master.

Constantly learning and evolving, Pascal spent the following years growing as a human being. As his “Pace” radio persona eroded, he embraced an improved – more mature (if that is possible) – version of himself, focused on helping others and sharing his strength. His dedication to the personal development of his karatekas, young and old, was recognized in 2016 during a honorary banquet: the honorific Sensei was bestowed upon a humbled Pascal.

Ever effervescent, Sensei Pascal seeks novel growth opportunities: after several years of preparation and research, Sensei opens the very first fitness centre specialized in OCR (obstacle course racing) in the province of Quebec (2020). But, again, his inextinguishable passion for media gets the best of him.

Hence, from the ashes of the Pace’s Playground radio show, the Sensei Says Podcast arises.

Improve your life, motivated by the amazing personalities interviewed weekly by Sensei, from all domains of expertise: science, sports, arts, philosophy.

As this is the objective of the Sensei Says Podcast. OSU !

Any cookies that may not be particularly necessary for the website to function and is used specifically to collect user personal data via analytics, ads, other embedded contents are termed as non-necessary cookies. It is mandatory to procure user consent prior to running these cookies on your website.